CPER (also referred to here on as the "Fund") is a national funders' collaborative committed to improving educational opportunities and outcomes for students -- in particular students of color from low-income families -- by supporting community-driven reforms led by grassroots education organizing groups. CPER originated in discussions among funders active in Grantmakers for Education's Working Group on Education Organizing.They launched the collaborative in 2007, in partnership with NEO Philanthropy (then Public Interest Projects), the 501 (c)(3) public charity engaged to direct the Fund.

CPER's founding funders saw that, in the education debates of the day, the perspectives of those closest to the ground were often left out. These funders recognized that students and families have a crucial role to play in identifying, embracing, and sustaining meaningful school reform. Students and families know their own needs and see first-hand the inequities in schools. Organizing groups help them get a seat at the decision-making table and develop workable solutions, building on community assets that are vital to addressing the cultural and political dimensions of reform. These grassroots groups are essential to creating the public accountability and will needed to catalyze educational reforms and ensure they stick. They can be the antidote to the ever-shifting political conditions and leadership turnover that plague reform efforts. At the same time, they help community members develop leadership and a grassroots base, building individual civic capacity and community power that strengthens our democratic infrastructure for the long term. Because educational improvement requires tackling persistent inequities in race and income, supporting leaders in low-income communities of color also helps build the social capital needed to solve integrally related social challenges.

CPER was initially conceived to run for a minimum of three years -- a timeline consistent with most foundation grants but short for the transformative kinds of changes the Fund hoped to achieve. CPER's lifespan eventually stretched to eight years because of the recognized power of its supported work. Over this period, NEO Philanthropy engaged a highly diverse set of 76 local and national funders in the CPER collaborative. Incentivizing new resources through matching dollars, CPER raised close to $34 million and invested nationally in some 140 community groups and advocacy allies in national coalitions and in six target sites of varying scale (California, Chicago, Colorado, Mississippi, New Jersey, and Philadelphia). These groups, in turn, developed local leadership, national coalitions, and cross-issue alliances that helped to achieve over 90 school-, district, and state-level policy reforms that strengthen educational equity and opportunity.

CPER's history of impact illustrates the efficacy of community organizing as an essential education reform strategy, along with the more commonly supported strategies of policy advocacy, research, and model demonstration efforts. But CPER's story is also more broadly instructive. In this period of "strategic philanthropy " when focused, foundation-led agendas are increasingly seen as the surest route to achieving desired ends, CPER offered a very different, bottom-up, multi-issue alternative that proved effective. In sharing CPER's story, we hope to deepen understanding of the value of community organizing for education reform while contributing to the larger conversation about how grantmakers can effectively support social movements to strengthen opportunity and justice.

Through IssueLab, the Foundation Center is working to more effectively gather, index, and share the collective intelligence of the social sector by providing free access to thousands of case studies, evaluations, white papers, and issue briefs. 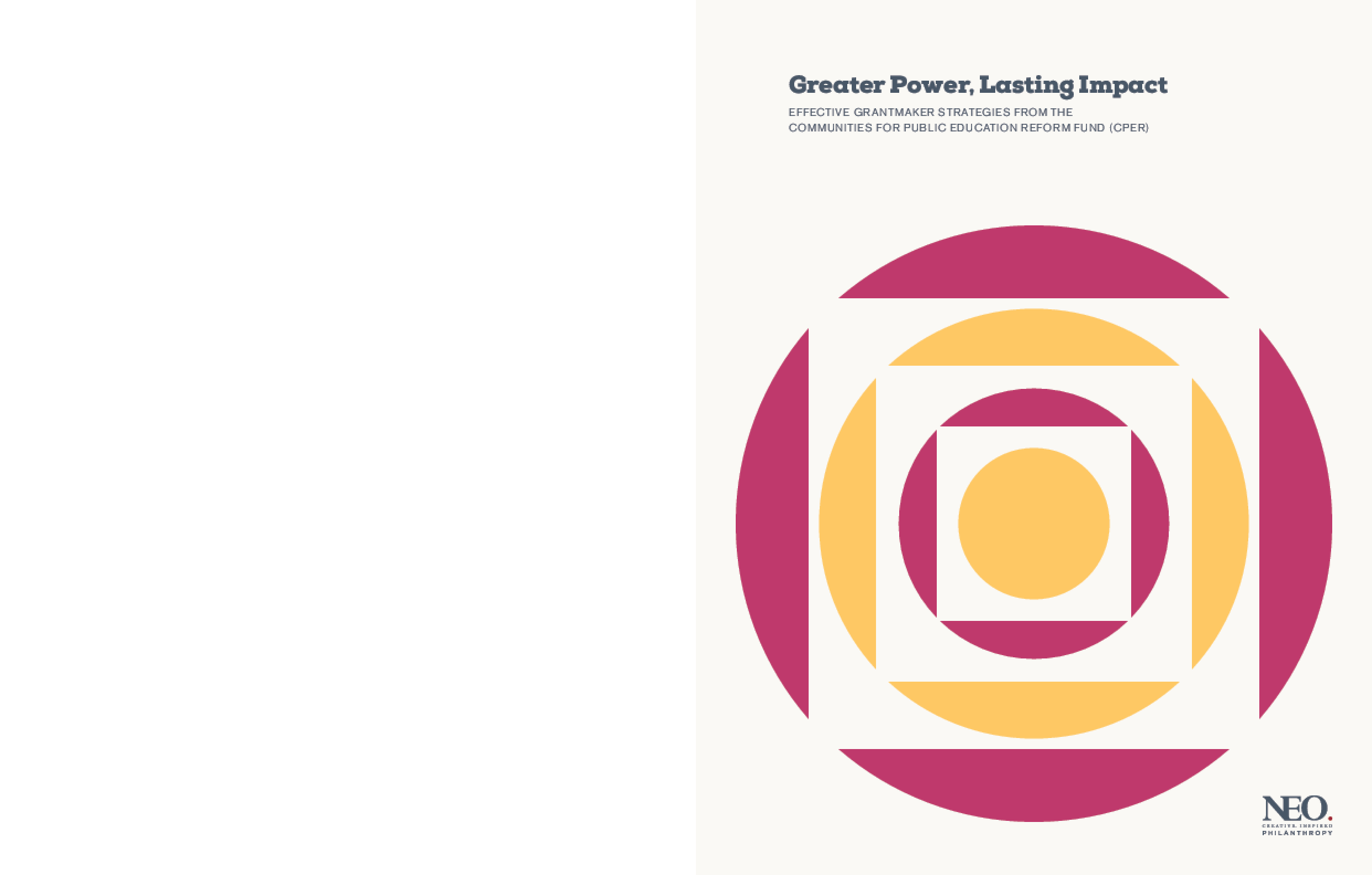